3 Traits of a leader:

1. Focused. realy leaders always have their head in the game and know what they truely want to do. being focused is a key role and it displays a sence of orginization.

3. .integrity. They are people who are respected and worth listening to. I find in general due to all of the economic difficulties, employees prioritize and seek leaders and organizations that are honest and meet their commitments.

A leader in my eyes would be my father Michael Gutierrez, he demonstrated the leadership trait of being focused.my father had may accomplishments. He graduated from ITT tech to be a machinist for the automotive company. Although the automotive industry took a huge fall my dad stayed loyal to his field and kept on going. He always had his head in the game and always driven to succeed. Although while he was sick he looked at life as it could get better and stayed FOCUSED on getting better. He would never give up, with such a set mind, and goals my father clearly showed till the day he died, how focused he really was. 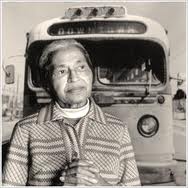 Rosa Parks (feb.14.1913-October 24.2005) had many accomplishments. She was known as the first lady of civil rights. On December 1, 1955 in Alabama there was a law stating that all whites sit in the front of public transportation while all blacks were required to sit in the back. If failed to do so legal actions took place. Rosa was the first women to stand up for not only her but all African Americans. Rosa refused to move for a white man and was sent to jail. Rosa was a leader and demonstrated fearlessness. By that she showed that she was not going to give up, she was going to fight for what she thought was right and wrong. She showed that she was not going to let any one stop her. Rosa could have easily given up without a fight, but she didn’t she changed the world to this day allowing all men and women of any color to sit where they please. 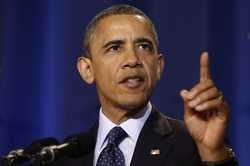 Barrack Obama is a leader himself but also to the United States. Obama shows the leader ship quality of integrity .integrity is people who are respected and worth listening to. I find in general due to all of the economic difficulties, employees prioritize and seek leaders and organizations that are honest and meet their commitments. Obama shows that although thing get tough and he walked into a mess, he proves that he is slowly fixing it. During elections he showed how he has a set plan on how to fix the country and what plans of actions are needed to take place. Obama shows the leader ship role buy not giving on the country and his people. He could have easily stepped out of office, but instead he sticks around to prove what he has for this country.

Rascal Flatts-"When the sand runs out"

"When The Sand Runs Out"

I spent the morning at an old friend's grave
Flowers and Amazing Grace, he was a good man
He spent his whole life spinnin' his wheels
Never knowin' how the real thing feels
He never took a chance or took the time to dance
And I stood there thinking as I said goodbye
Today is the first day of the rest of my life

I'm gonna stop lookin' back and start movin' on
And learn how to face my fears
Love with all of my heart, make my mark
I wanna leave something here

Go out on a ledge, with out any net
That's what I'm gonna be about
Yeah I wanna be runnin'
When the sand runs out

'Cause people do it everyday
Promise themselves they're gonna change
I've been there, but I'm changin' from the inside out

That was then and this is now
I'm a new man, yeah, I'm a brand new man
And when they carve my stone they'll write these words
"Here lies a man who lived life for all that its worth"

I'm gonna stop lookin' back and start movin' on
Learn how to face my fears
Love with all of my heart, make my mark
I wanna leave something here

Go out on a ledge, with out any net
That's what I'm gonna be about
Yeah I wanna be runnin'
When the sand runs out

This song ties to leader ship because it talks about how tragedy's have effected his life, and he is changing it for the better. He explains in the song on how hes going to move on from the past and stop looking back. Right there he is saying  he wants to do something with his life. also, he explains how people every day want to change and they dream about it, but never do any thing about it: hes been there and has done that and hes taking the control to get away from the negativity. That is where the leadership quality comes out.